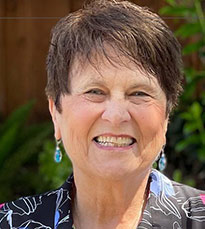 Indivisible Auburn started in 2017 after the election that put Donald Trump into office. The Auburn Area Democratic Club provided the leadership and seed money to get us started. Eventually we became an independent entity that continues to work closely with AADC.

Over the years we have concentrated on actions for local and national issues. Members have done demonstrations on street corners, done a walk to support DACA young people, held up banners over the freeway, written letters and post cards to support candidates and issues, lobbied CA Members of Congress in Sacramento, canvassed Democrats, written letters to the editor, phoned and texted, attended town hall meetings, registered voters, advocated for climate change efforts, and more.

Many times we partnered with other groups such as Swing Left, Vote Forward, AADC, Sierra Foothills Unitarian Universalists, and Activate America (formerly Flip the West). Information on events is highlighted in our weekly Alert and also on our Facebook page. You can get on our mailing list by contacting me at pferguson1000@gmail.com. Most of our events are also listed on www.mobilize.us. You can look up a variety of actions and pick the one that resonates with you.

Right now we are participating in the “BIG SEND” sponsored by Swing Left. You “adopt” voters in a targeted race such as Katie Porter’s, Josh Harder’s, or Christy Smith’s districts. Once you print out the letter templates, you write a couple of personal sentences as to why you feel voting is important. These letters are saved up until October 29th when they are all mailed to democratic voters who are “reluctant” voters needing encouragement to vote. The BIG SEND letters have been shown to make a difference in turnout. Vote Forward hopes to send out 10 million letters for this election. We sometimes hold letter-writing “parties.” But, you can also go to Vote Forward to get your own letters to adopt. It is inspiring to do these, and you can do them on your own schedule in your own recliner!

There are less than 50 days left till the election. With Democracy on the line, we need to all get involved. Join us!